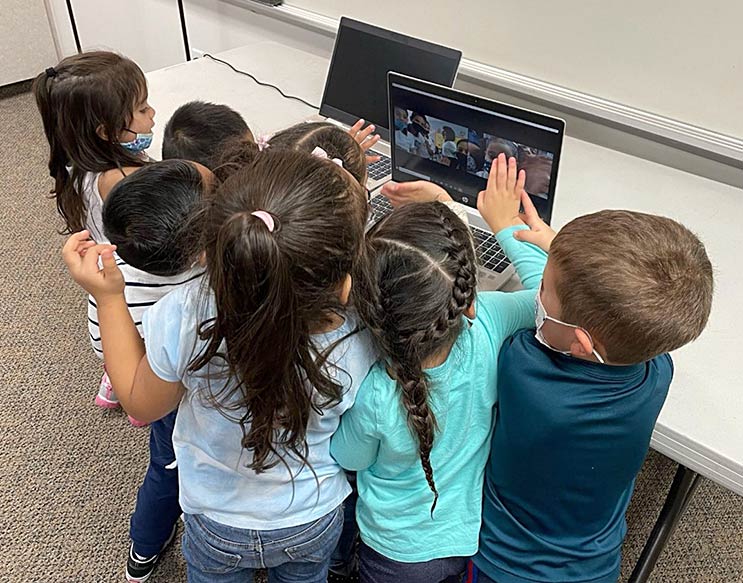 The youngsters in Utah were eager to connect with the older students in Mexico via Zoom.

Mahatma Gandhi once said, “If we are to reach real peace in the world, we shall have to begin with the children.”

Children, in fact, are never too young to learn the concepts of peace and how to live a life that embodies balance and compassion. While still babies, they can begin to understand their feelings and appropriate responses. As toddlers, children can start learning about tools for conflict resolution. With continual reinforcement, young ones can grow into adults who, as Proverbs 22:6 says, “will not depart from (the right path) even in later years.”

This is important because the world today desperately needs proponents of peace—people who know how to live it, share it and model it. Perhaps that is why peace education is gaining ground as a global movement. Peace education for children involves bringing culturally appropriate programs to schools and communities. Parents, too, receive tools to help themselves and their children learn to behave in positive ways. This dual approach is essential; children need to see certain behaviors modeled at home in order to absorb them.

In two communities where the Congregation ministers, the move toward living the principles of peace is taking hold, child by child, parent by parent.

As a teacher in Guadalupe, Nuevo León, Mexico, Sister Patricia Rodríguez Leal, CSC, is a 12-year veteran of peace education. In her early years as an educator, she was not familiar with the term “peace education.” She only knew she wanted to help her students learn how to get along.

Then she found the PeaceWorks curriculum. Developed by the Peace Education Foundation, the curriculum uses a set of guidelines that it calls “I-Care Rules.” These rules change slightly for different age groups. One rule for preschoolers, for example, states that “Hands are for helping, not hurting.” Another rule reminds middle-school students to “Attack the problem, not the person.”

Over the past dozen years, Sister Patricia has incorporated the PeaceWorks concepts into her classes and launched afterschool programs through her parish. The first program brought in 25 young participants who were faithful attendees. So faithful that even on a day when rare snow flurries descended on the town, everyone showed up. Sister Patricia was astounded. “When I got to our meeting place, all the children were there!” That moment, and others, told her she was on the right track.

She also found that parents were becoming curious, too. As the children began using I-Care language at home, a few mothers approached Sister Patricia. One mother wanted to know why her son kept saying, “Remember, Mom, we have to listen to each other.” Sister Patricia laughs at the memory. Later, she trained some of the parents so the program could carry on without her. 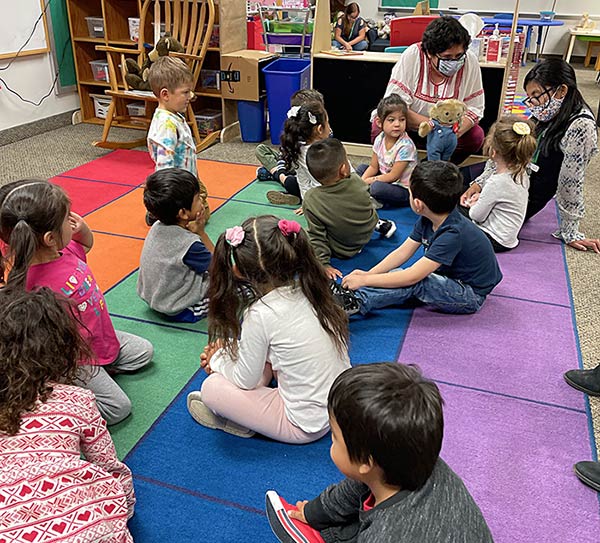 Sister Verónica Fajardo, CSC, upper right, white blouse, is quick to praise the School Readiness students when they use the language of peace.

At Holy Cross Ministries in Salt Lake City, Utah, Sister Verónica Fajardo, CSC, is a therapist helping people who have experienced trauma. But as a former elementary school teacher, she saw an opportunity to bring peace education to the youngsters in Holy Cross Ministries’ School Readiness Program. So she collaborated with Sister Patricia to join their respective groups via Zoom. The two sisters call these ongoing sessions Niños por la Paz, or Children for Peace.

Despite the age difference—Sister Patricia’s fourth graders are 9 and 10 year olds, while the School Readiness children are 3 and 4 year olds—Sister Verónica says, “It is such a great opportunity to bring these different age groups together. This multi-grade interaction is powerful and helpful.”

At their first Zoom in November 2021, the young kids were throwing kisses to the older kids on the screen. “That’s I-Care language!” says Sister Verónica, who is quick to praise when she observes any of the children using the rules and tools.

The two groups speak different languages, but they still manage to communicate. “That is the exciting part,” says Sister Verónica, “and it reflects on the Laudato Si' principle of connecting with others and caring for one another. They are learning that we are all part of a greater community, which is the world.”

Parents are a significant part of the program, too. In fact, the parents in Utah want to learn from the parents in Mexico, who have been engaged in the program for a much longer time. “There is buy-in because people want to know more about it. They are using the principles to connect with each other,” says Sister Verónica. “That’s the greatest sign of success, that this is something that is becoming a part of their everyday reality.”

A Child’s Prayer
for Peace

Written by the 3- and 4-year-olds in the School Readiness Program at Holy Cross Ministries, Salt Lake City, Utah

We ask God for peace for everyone! (and good surprises!)

We want peace so we can be good friends and share toys.

We want peace to be able to share snacks and to be helpful.

We want peace for our brothers and sisters.

Model it. When you are in a frustrating situation, be calm and collected. Take a deep breath. Model the behavior you want your child to follow.

Play it. Consider the toys and games your child plays with. Do they promote aggression and violence? Or do they give opportunities for role playing and understanding how conflict resolution can solve differences between people?

Guide it. Guide your child in opportunities where she or he can consider the choices in a situation of conflict. Refrain from the inclination to jump in and fix it yourself.

Praise it. When you observe your child exhibiting a positive behavior, lavish praise to reinforce it.

Create it. Everyone, young and young-at-heart, can experience the peace that comes from a space created just for quiet and contemplation.

Learn it. Learn more about peace principles by visiting your library, going online, and just talking with others about how to achieve peace in our lives and those of our children.

Pray it. If you want to witness the transformation of the world, pray for peace.

The experiences of Sisters Patricia and Verónica offer insights into how parents today can raise a child who embodies the principles of peace.

Sister Patricia’s advice for parents is to find every opportunity to introduce and model peace principles for their children. “I use it every day, all the time,” she says. “If there is a conflict in the class, I stop the lesson and tell the children to go read the I-Care Rules posted on the wall. I tell them to reflect on the rules and be responsible. Even when I am teaching a subject like history, I try to incorporate the rules into what I am teaching.”

For parents, it is important to learn the language of peace and to call on the tools when, for example, two toddlers are fighting over the same toy. “Use words and phrases to help the kids express how they feel. The kids learn that they need to care for the feelings of the other child and that they are going to be responsible for what they say and do,” says Sister Verónica.

“If we start educating the children in recognizing their dignity as God’s children through these values,” adds Sister Patricia, “we are contributing to a gradual systemic change. The mission of Holy Cross is to promote nonviolence, right relationships, justice and everything that helps to give liberation to the people. I believe education is the way to find that freedom and transformation from a culture of violence to a culture of peace.” 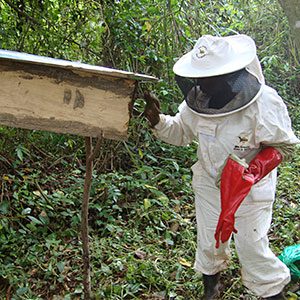 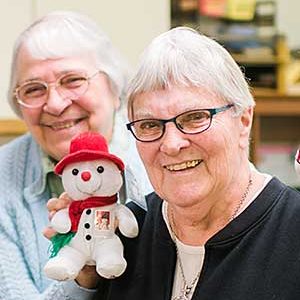 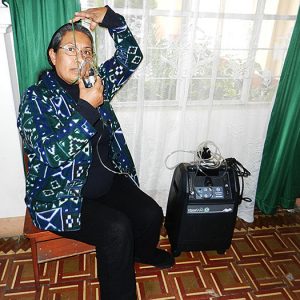 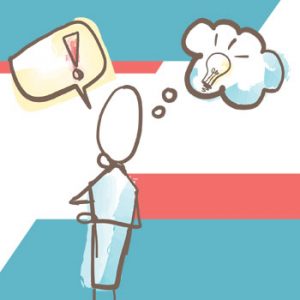 Suggestions for Dealing with Stress from Sister Joy Each year, the American Music Association awards Grammys... 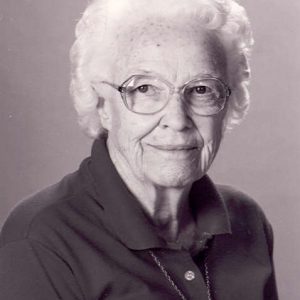 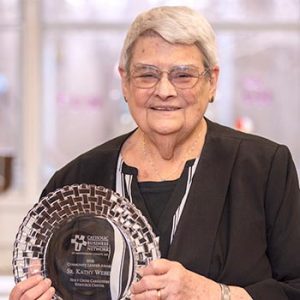 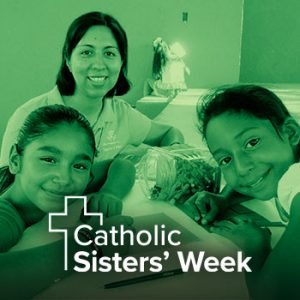