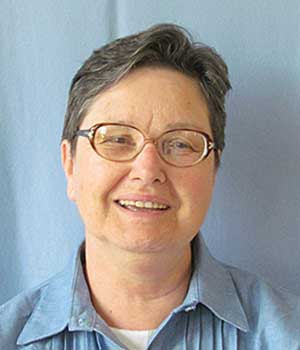 Sister Maria Regina (Gomes), CSC, was born in São Paulo, Brazil. She grew up in a Holy Cross parish in Jaguaré, São Paulo. Her early education was spent in a school directed by the Holy Cross priests. Sister Maria Regina’s interest in Holy Cross really came in her teens, while working and participating with the sisters in the parish, with the great collaboration of her parents, who also were very involved in parish work.

She entered the Congregation in 1966 in São Paulo and professed her final vows in 1975 in her home country. She had spent several months at Saint Mary’s, Notre Dame, Indiana, while preparing for her final vows. It was then that she had the pleasure of getting to know Sister M. Rose Anne (Schultz), CSC, who gave her much support at that important moment in her life.

Sister Maria Regina made her initial profession of vows on July 16, 1969, and her perpetual profession on September 13, 1975. Over a span of 45 years, she taught in public schools, directed a Holy Cross day care center serving 120 children from the city’s most destitute neighborhoods, and worked in parish ministry and in adult education, using Paulo Freire’s Method. She also assisted foreign women detained in São Paulo prisons through a project led by the nonprofit organization Instituto Terra, Trabalho e Cidadania, where she served as administrative and financial supervisor from 2006 to 2014. Sister Maria Regina currently provides pastoral care to the elder community at Residencial Santa Cruz, São Paulo.

Send Sister Maria Regina a note, prayer, poem, photo, favorite memory or message using the button below. They will be collected on kudoboard.com and presented in both a slideshow and Blessing Book for her to enjoy. The deadline to be included in the printed book is July 22, 2021.

I have two nieces and one nephew, a sister, Sueli, and one brother-in-law.

My favorite ministry is what I am doing now: working with the elderly people at the Residential Santa Cruz. We have about 48 elderly men and women. My job is the pastoral work: Masses, meetings, prayer groups, talking with them, meetings with the staff, and various other responsibilities.

My final vows, I will never forget.

I remember very well the year I lived in the United States, learning English.  Ana and I spoke all mixed-up words. The sisters laughed all the time. I tried to teach Portuguese to some of the sisters, and it was very funny to hear them attempt to speak it.  We all had a good laugh.

I love John Denver’s music, and especially the song “I’m Leaving on a Jet Plane.”