“Speak out for those who cannot speak, for the rights of those abandoned by others.”
— Proverbs 31:8

Our work for justice

In a world that has become increasingly violent, the Sisters of the Holy Cross choose to follow the nonviolent way of Jesus, and work to implement a culture of justice and peace, standing in solidarity with all who suffer, especially women and children.

For more than 175 years, Holy Cross sisters have responded to the injustices of the times through their ministries—from educating girls and providing health services to the poor, to socially responsible investing, to caring for Earth and collaborating to end human trafficking.

Our Congregation Justice Committee (CJC) directs and coordinates the work of the Congregation. The CJC and the Congregation Justice Office help members of the Congregation and the broader society understand and address issues of social justice and peace. Our work involves raising consciousness about justice issues; seeking the interconnections among issues; providing opportunities and resources for justice education; advocating for action strategies that promote the transformation of unjust structures; global networking with individuals and groups working for social justice; and participating in initiatives proposed by the Holy Cross International Justice Office.

If you would like to know more about our work for justice, please send an email to: justice@cscsisters.org or call
574-284-5660

Migration, through the lens of Gospel nonviolence and Just Peace 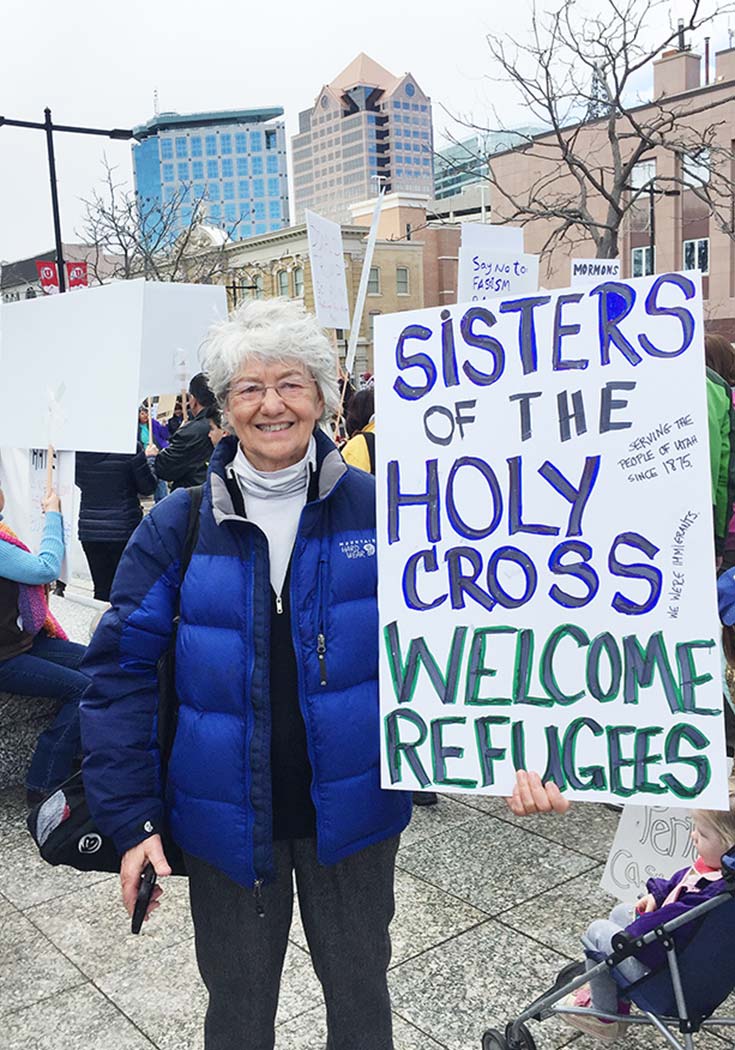 Today, unprecedented numbers of people are displaced around the globe, a circumstance that leaves many individuals vulnerable to acts of aggression, manipulation and violence—including human trafficking. In response to this horrific situation, the Sisters of the Holy Cross have begun a congregation-wide process to take a formal stand in solidarity with migrants forced to flee from their homes for any reason.

“The phenomenon of migration is part of salvation history, a sign of the times which speaks of the providential work of God in history and in the human community, with a view to universal communion,” Pope Francis explained.¹ Specifically addressing the dangers migrants face he called for action. “Indifference and silence lead to complicity whenever we stand by as people are dying of suffocation, starvation, violence and shipwreck. Whether large or small in scale, these are always tragedies, even when a single human life is lost.”²

The Congregation Justice Committee will coordinate the Sisters of the Holy Cross’ formal corporate stand process. The first phase of the process involves learning more about the issue, its root cause and effective ways to address it.

Embracing the Sojourner: A Faithful Response to Migration: highlights the current realities of migration from Holy Cross International Justice Office. (Congregation of the Sisters of the Holy Cross is a founding member of HCIJO)

Root Causes of Migration: Courtesy of Justice for Immigrants, a campaign of the USCCB.

What Does It Mean to Be a Refugee?: What does that term really mean? (video, approx. 5 mins)

The Carbon Footprint Reduction Fund, supports carbon-reducing projects and promotes the use of renewable energies in sisters’ local communities and congregation-sponsored ministries.

Current projects include the installation of solar panels at a convent in Kasoa, Ghana; the repair and replacement of a solar power generator for a school in Kyarusozi, Uganda; several tree planting projects in Ghana and Uganda; and installation of LED lighting at Saint Mary’s College, Notre Dame, Indiana, United States.

With your support, the Congregation can devise and begin to fund many more innovative carbon-reducing projects in the coming year. Please join us in our commitment to care for creation with a donation. 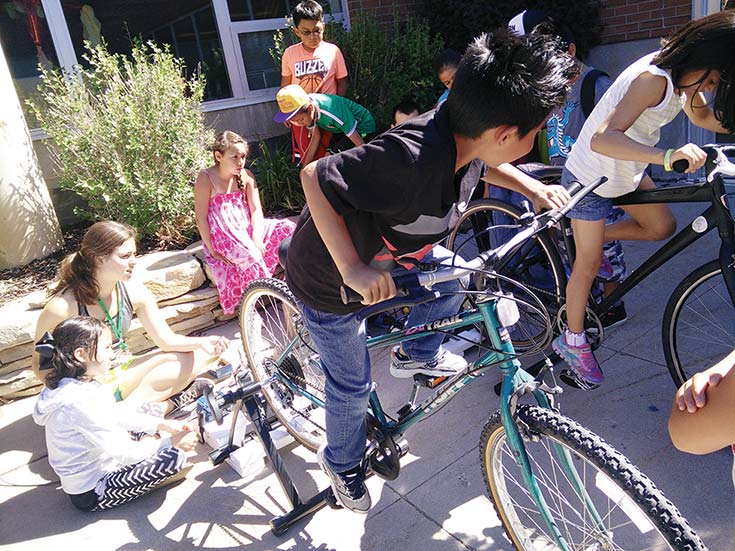 ¹ “Child Migrants, the Vulnerable and the Voiceless,” 2017 Message for the World Day of Migrants and Refugees, Francis.

3“Church without Frontiers, Mother to us all,” 2015 Message for the World Day of Migrants and Refugees, Francis.

Compassion moves us to reflect on the signs of the times.