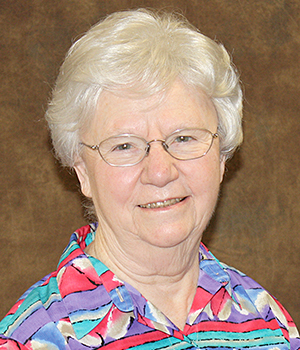 We share news of the death of Sister Mary Clennon, CSC, who died at 3:40 p.m. Pacific Standard Time on February 10, 2021, in Saint Agnes Medical Center, Fresno, California. Sister Mary entered the Congregation from Minooka, Illinois, on September 7, 1954. Her initial profession of vows took place on August 15, 1957.

Sister Mary Clennon died the afternoon of February 10, 2021, in Saint Agnes Medical Center, Fresno, California. Her sister, Sister Jeanne Clennon, CSC, and Holy Cross Sisters M. Emily (Demuth), M. Francis Christine (Alvarez) and Mary Alice Bowler were present with her when she died. Sister Marianne Farina, CSC, also part of the local community, was with her in spirit. At 84 years old, Sister Mary had been actively engaged at the hospital’s Holy Cross Clinic at Poverello House in downtown Fresno, which she had directed since 1997 to meet the medical and dental needs of people in the area who are homeless. Across the street, Sister Mary also directed the Holy Cross Center for Women, a safe drop-in center for women that provides overnight shelter. Sister Jeanne Clennon, from Ventura, California, thanked everyone for the prayers and thoughtfulness as news was learned of Mary’s grave illness. Sister Jeanne wrote, “All my thoughts and feelings right now are about how blessed our whole family has been and how grateful we are to God for the wonderful lives God has given us.” Sister retired in the fall of 2019.

Mary Therese Clennon was born in Morris, Illinois, and raised on a farm southwest of Chicago. Her parents were both natives of rural Minooka, outside of Morris. Raymond J. Clennon and Anne Brannick Clennon raised six children: Jeanne, Anne, Mary, Pete, Ed and Paul. Sister Mary once listed as gifts contributing to her preparation for emergency services abroad as “good health, good friends, good mind and good family.” Her sister Jeanne Clennon is a Sister of the Holy Cross; Anne Clennon lives in Joliet, Illinois; Pete is Father Raymond J. Clennon, O. Carm., a Carmelite priest; Pfc. Edward Clennon was killed in the Vietnam War; and Paul Clennon and wife Barbara live in Aurora, Illinois. Their four children and eight grandchildren are part of that blessed family giving thanks for Mary.

Mary said she discovered her vocation to religious life in high school while at St. Francis Academy in Joliet. But there was already a long lineage of Holy Cross sisters with whom she was related through both parents in some way: Sister Josepha Maria (Murphy), Sister M. Agnes Regina (Daly) and Sister M. Hildegardis (Gettier). Sister Maura Brannick was a second cousin. Her older sister Jeanne had entered the Sisters of the Holy Cross, Notre Dame, Indiana, in 1952. Two years later, in 1954, Mary left home and followed Jeanne to begin her own formation in religious life. The pastor in Minooka described Mary as “truly an unusual girl; a fine combination of deep spirituality and a remarkable determination not too often found in young people.” Upon reception of the holy habit on August 5, 1955, she received her name in religion, Sister Miriam Paul, but returned to her baptismal and family name when custom allowed. Initial profession of vows in 1957 and perpetual profession followed on August 15, 1960. Sister graduated in 1960 from Saint Mary’s College, Notre Dame, Indiana, with a Bachelor of Science in nursing and later received certification as a registered nurse. In 1968, she did postgraduate work in clinical care at the University of Colorado Medical School in Denver, Colorado.

Sister Mary served in Holy Cross-sponsored hospitals in both nursing and administrative capacities from 1960 to 1973 at St. John’s Hospital, Anderson, Indiana; Holy Cross Hospital, San Fernando, California; St. Alphonsus Hospital, Boise, Idaho; and Mount Carmel East Hospital, Columbus, Ohio. With her experiences as a supervisor, then home care nursing at Saint Agnes Hospital, Fresno, California, since 1973, she readily responded in 1979 to the call from Sister Olivia Marie (Hutcheson), CSC, superior general, for sister nurses to work with Catholic Relief Services (CRS) in Thailand, where Cambodian refugees had fled the Khmer Rouge ravaging their country. Sister Mary served a year in the camps helping with basic needs. Khao-I-Dang camp held 60,000 refugees crowded into one square mile. Sister Mary used all her administrative skills to set up a rehabilitation ward in two camps. She supervised the construction of parallel bars, crutches and canes, and set up exercise routines for patients. Sister Paula Goettelmann, CSC, remembers that the ground under them was red clay. “Mary had completely white hair. By the end of the day working in the camp, her hair was red, but she took it in stride.”

Returning to the United States, she provided nursing services at Bishop Glass Center in a poorer area of Salt Lake City, Utah, where Holy Cross sisters were present. When Israelis invaded Lebanon in 1982, Sister Mary answered CRS’ call and helped distribute food and medicine to Palestinian refugees. From 1983 to 1984, she worked with CRS again in El Salvador for three months then went back to Lebanon. Sister Mary continued to work with CRS in its New York office and traveled widely, helping assess emergency services. In 1986, CRS acted as intermediaries during negotiations for the release of Americans kidnapped and held in Beirut, Lebanon, by Islamic radicals. Sister Mary was asked to accompany the Jenco family and the Servite community when Father Lawrence Jenco, a Servite priest and a Joliet, Illinois, native, and the other hostages were released after 564 days. She was part of the welcoming party when Father Jenco and the others arrived in Wiesbaden, Germany. The return home took them to Rome and an audience with Pope John Paul II, and to Washington, D.C., to meet President Ronald Reagan. By the time the group arrived in Joliet for the great homecoming, Sister Mary and Father Jenco had shared many conversations. She was moved by his simplicity and deep spirituality. Sister Mary’s prayer was for the “thousands still held captive unjustly around the world.”

Later she worked with the Catholic Near East Welfare Association from 1987 to 1990. While serving abroad, Sister Mary said she gained an appreciation for different cultures but never forgot the suffering she saw, sometimes feeling so helpless to do more. While the administrative positions in New York were important globally, she missed nursing. So, she served in home health care at Cabrini Medical Center in the older urban areas of Manhattan’s Lower East Side from 1990 to 1993. And where had Sister Mary been before going to Saint Agnes Medical Center in Fresno? Sister spent almost four years as director of nursing at a long-term facility for the elderly near New Orleans, Wynhoven Health Care Center in Marrero, Louisiana. She was always hands-on.

In the end, Sister Mary no longer could claim “good health,” but she certainly died with so many good friends, a good mind and a good family. One of her friends, Sister Maureen Grady, CSC, wrote: “I was privileged to share several tours with Sister Mary in Cambodia and Lebanon. I knew Mary as grounded by faith, devoted to mission, gifted as a healer, fearless in danger, esteemed by colleagues, and cherished as a friend. When I think of Mary, the words that come to mind and that describe her best are found in the Letter to the Hebrews, ‘draw near to God with a sincere heart and absolute trust.’ (Hebrews 10:22) She died as she lived.” 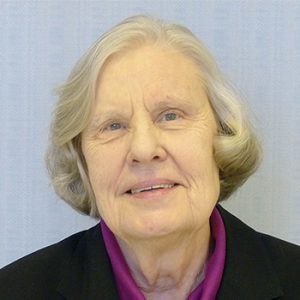 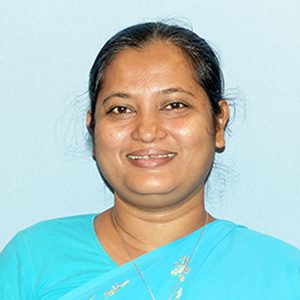 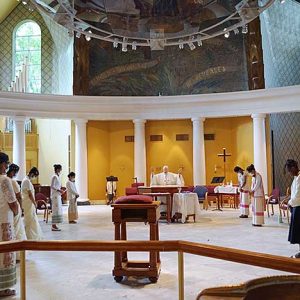 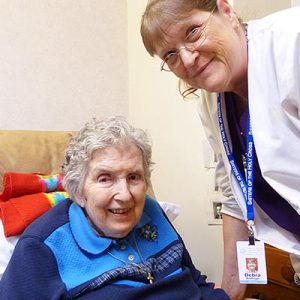