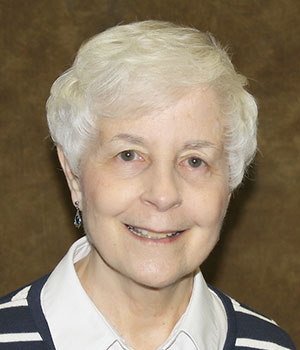 We share news of the death of Sister Marietta Umlor, CSC, who died at 12:33 p.m. on August 19, 2021, at Northwestern Hospital in Chicago, Illinois. Sister Marietta entered the Congregation from Evergreen Park, Illinois, on September 4, 1960. Her initial profession of vows took place on August 15, 1963.

News of the sudden death of Sister Marietta Umlor at Northwestern Hospital in Chicago, Illinois, on August 19, 2021, came like a summer lightning strike to the Sisters of the Holy Cross, whose motherhouse is at Saint Mary’s, Notre Dame, Indiana. The faith community of St. Michael Parish in Orland Park, Illinois, was equally stunned. Sister Marietta was still ministering there after 34 years and had relatively good health for being 78, until her medical crisis at home on the previous day.

Sister Marietta had been missioned to St. Michael Parish since 1987, first in religious education and then in various other capacities as the pastoral associate and lay ecclesial minister. As a parish booklet explained in 2017, “Her many titles mirror the changing understanding of professional lay ministry in [the Chicago Archdiocese] and in the American church, and the extra training that is being required for those in pastoral ministry.”

A pre-pandemic parish photo gallery shows youth and adults taking turns costumed as their parish patron at an event inviting neighbors to come to “St. Mike Parish” to learn more about the Catholic community and faith. Sister Marietta must have smiled, for every Holy Cross convent traditionally displays an image of St. Michael the Archangel in a prominent place to protect against fire, pestilence and natural disasters. Sister Marietta loved being part of a parish ready to protect and care for those in need. She herself was not a larger-than-life figure, God’s super-messenger and defender, but her bereavement ministry, fittingly called “Compassionate Ministry” by the parish, called for an infinite capacity to accompany others in their pain. The parish booklet attests that Sister Marietta “works tirelessly to visit the sick and extend compassion to their families as well as to support those grieving the death of a loved one. Ministers of Care, under her guidance, take Communion to those in hospitals, nursing homes or to homebound parishioners.” Sister Marietta was the spiritual guide for the Rite of Christian Initiation of Adults, parish retreats, St. Vincent de Paul Society and other parish actions expressing the corporal and spiritual works of mercy.

Sister Marietta’s picture appeared immediately on the homepage of the St. Michael Parish website to announce her death while funeral arrangements were pending. Yet her picture could not be found in the photo gallery documenting several past years of parish events and ministries. It is likely that Sister Marietta was always behind the scenes and glad to elude the camera. A staff picture of herself was enough to establish her place and significance in a parish committed to ministering to the needs of all God’s people. It is highly unusual for a Sister of the Holy Cross to stay so long in any one ministry assignment. However, she thrived on such stability and proved to be a familiar, reassuring, reliable and calming presence throughout the many changes in the Catholic Church and parish life. Parishes hold a unique place in the formation of Catholic identity, spirituality, community life and responsibility for others.

Most Holy Redeemer Parish in Evergreen Park, Illinois, was the home parish of Marietta Lois Umlor and the cradle of many other Holy Cross vocations. Marietta was born on February 18, 1943, in Evergreen Park, a suburb southwest of Chicago. She was the oldest of three children of Ann (Civello) Umlor and Albert Umlor. Marietta, Kathryn (“Kay”), and Richard and their parents considered Most Holy Redeemer Parish their spiritual family. Marietta attended Most Holy Redeemer School, where she first met the Sisters of the Holy Cross. After graduation in 1956, she enrolled at nearby Mother McAuley Liberal Arts High School in Chicago sponsored by the Sisters of Mercy. Sister Joan Mader, CSC, remembers that as little girls she and Marietta shared their friendship and conversations about one day becoming religious sisters. Marietta kept contact with Holy Cross Sisters M. Albertine (Kramer) and M. Margaretta (Reppen) while in high school. After graduation in June 1960, she entered the Sisters of the Holy Cross the following September at Saint Mary’s. Her preparation for ministry in education included earning a bachelor’s degree at Saint Mary’s College, Notre Dame, in 1965, and a master’s from the University of Notre Dame in 1973.

While the letters of recommendation to the provincial superior described a high school girl, they still rang true about the mature and seasoned woman religious, Sister Marietta. Whether 17 or 78, she was deeply religious, a former member of the Sodality, sincere, quiet, courteous, industrious, loyal, reliable, compassionate, trustworthy and “somewhat shy and timid.” These traits fell well within what were considered excellent norms for females entering the convent in 1960. And without a doubt she was obedient and responsive to all authority. No one mentioned a sense of humor as a prerequisite for the convent, but her entrance band, Our Lady of the Trinity, said she frequently made life more fun.

The name Sister Mary Auberta was given her at the reception of the holy habit, in honor of her father, Albert, who had died in December 1955 while she was in elementary school. After a few years on mission, she reclaimed her baptismal name and was known as Sister Marietta, a successful junior high teacher for 13 years, 1965­–1971, at St. Paul School in Danville, Illinois, and St. Thomas the Apostle School in Elkhart, Indiana. She then transitioned to religious education, like many of her peers. In 1971, Sister Marietta was assigned to her home parish, Most Holy Redeemer, for 15 consecutive years, nine of which were devoted solely to religious education. Then followed her assignment to St. Michael Parish in 1987. In her first years there she wrote, “The more I become involved in parish ministry, the more I realize that I would like to become more self-assured and more assertive as a woman.” She did not have the confidence of her mother, who was called by Marietta’s friends “the life of the party.” Her widowed mother, who had to manage to make a living, had fully supported her vocation and willingly let her seek her heart’s desire. Though Marietta never considered herself a leader or take-charge person, she was fully engaged wherever she was missioned. She served the retired sisters of Angela Area on the council of Sister M. Rose Edward (Goodrow), CSC, from 2005 to 2009, while still on the parish staff. Sister Rose Edward said, “Marietta was a great lady who was very devoted to her community as well as to her family and friends. She was willing to help prepare anything that we would need in assisting the sisters to grow in their spiritual life.”

Sister Marietta now joins her parents, her brother Richard, and all her Holy Cross sisters who have gone home to God. As Sister was an organ donor, the funeral rites were delayed. Sister Marietta Umlor will be interred at Saint Mary’s, Our Lady of Peace Cemetery, Notre Dame. 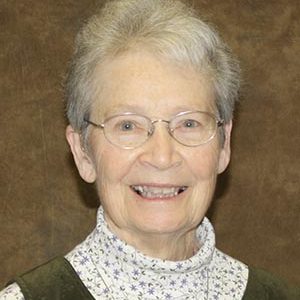 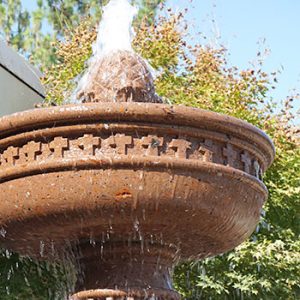 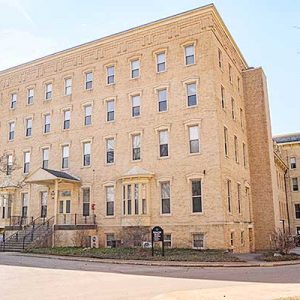 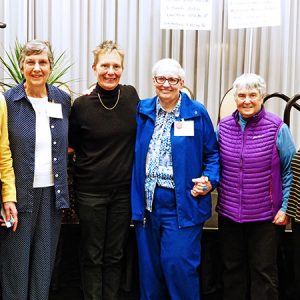 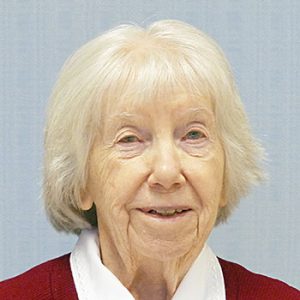