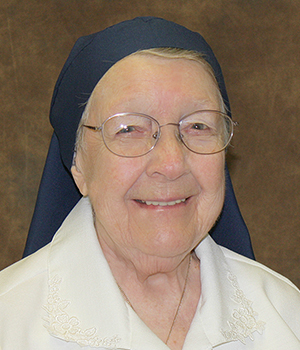 When Sister Marie Julie died at age 104 on the morning of May 13, 2021, at Saint Mary’s Convent, the wall by her bedside was decorated with numerous birthday cards. She had taken ill just as she and her extended family were anticipating a visit for the celebration. They were a close family and were very involved these last days. Her nephew Richard Burdette came from Pennsylvania for her birthday and conveyed best wishes from everyone. Other family, Thomas Shea and Mildred Pfleiger, had hoped to come later, but Sister had not improved. Family members called on the telephone, praying that their voices might comfort her. Many sisters had kept vigil in prayer with Sister Marie Julie over several days, her heart remaining strong. She died 40 days after Easter Sunday, traditionally known as Ascension Thursday, now transferred to the following Sunday. Sister Marie Julie not only heard the voices of her loved ones and the prayers of her community. At the end, she heard the invitation to go home to God.

Helen Virginia Shea began her long life of love for God and his creation on May 4, 1917. She was the first of five children of Eunice Steele Shea and Thomas J. Shea Jr. Helen and her siblings were born at their home in Washington, D.C. Her father had a secure job with the federal government. She recalled that she and Frances, Rita, Tommy and Charlie walked to Saint Aloysius School and “every day we saw our beautiful National Capitol before us.” Her mother decided that St. Patrick’s Academy in downtown Washington, well known for preparing graduates for immediate employment in federal government offices, was the high school for Helen. “You will be set for life,” she told her. The friendliness and the loving care of the Sisters of the Holy Cross at St. Patrick’s attracted her. After graduation in 1935, Helen worked for a year as a typist at the National Geographic Society before entering the convent to begin her formation as a Holy Cross sister at Saint Mary’s, Notre Dame, Indiana.

When Helen Shea received the holy habit on February 2, 1937, she received a new name, Sister Marie Julie, to mark her consecration as a religious. Sister was named for Julie Billiart, the first superior general of the Sisters of Notre Dame de Namur, who was not canonized until 1969. That congregation sponsored Helen’s elementary school in Washington, D.C., Saint Aloysius. Sister bore her religious name proudly for over 84 years. It was said of her patroness that she saved more souls by her inner spiritual life of union with God than by her outward apostolate. One could say the same of our Marie Julie.

For six years, from 1957 to 1963, Sister was assistant to Mother M. Rose Elizabeth (Havican) at Dunbarton College and in charge of the college’s dietary department. Sister Marie Julie was appointed vocation director for the Congregation for two years, 1965-67. During this assignment, she visited parishes and schools promoting awareness of the Congregation’s mission and ministry. In 1968, she was named principal of St. Patrick’s Academy, where she had attended high school and where she later taught. After seven years in this role, Sister Marie Julie moved to The Academy of the Holy Cross, where she served 28 years as a business teacher then as registrar before retiring. During these years, she also cared for her mother until her mother’s death in 1992.

In 2003, at the age of 86, Sister Marie Julie retired to Saint Angela Hall in Kensington, Maryland, where she continued her active participation in community life. During her years of retirement, she was frequently visited by and in contact with devoted family members, friends, former co-workers and students. Her loving concern for all was reciprocated by those who had come to know and love her. Throughout her life, she enjoyed music, knitting, needlepoint, crossword puzzles and visiting museums and historical places. She had a special devotion to Mary and the rosary. The feast of Our Lady of Fatima occurs on May 13, the day she died. Although Sister was slow to speak at meetings, her insights often brought clarity to community discussions. She bore patiently physical sufferings which come with age. She moved to Saint Mary’s, Notre Dame, Indiana, in 2018, where she continued her prayerful and loving outreach to all.

Now she lives in close communion with God, Mary, all the saints and her family after a long and beautiful life of loving prayer and compassionate ministry to others. 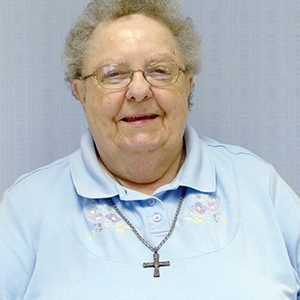 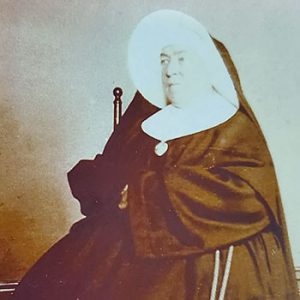 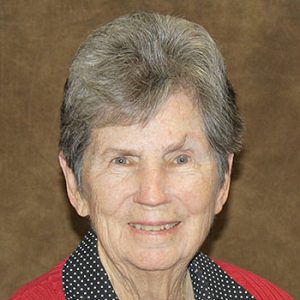