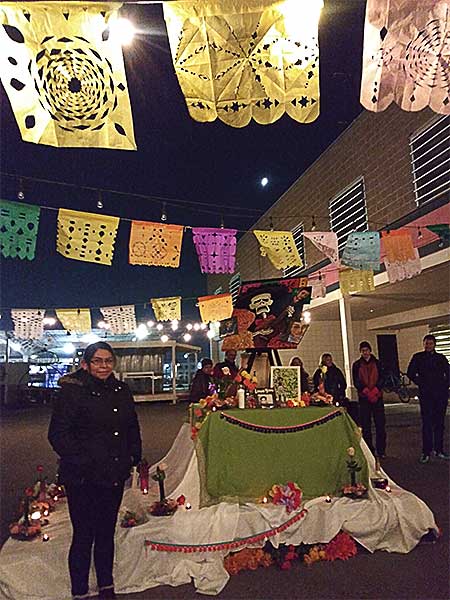 November 2 is an important day in Mexico because we celebrate Día de los Muertos (Day of the Dead). In my culture, we believe that loved ones who have passed away return on this day to be with us. So, we create beautiful altars that display our loved ones’ pictures and prepare foods that they had enjoyed when they were alive. Honoring this tradition, two Salt Lake City artist collectives organized a “Day of the Dead/Healing Walk” event.

The event had a spiritual connotation reflecting the traditions and beliefs associated with Day of the Dead, and paid tribute to people who have died while in custody of U.S. Immigration and Customs Enforcement (ICE) during President Donald Trump’s administration.

About 60 people gathered for the walk that began at the Consulate of Mexico and ended at the Utah Arts Alliance. Though we were a rather small group, we represented all walks of life: LGBTQ community members, children and adults of various races and faiths. One of the event leaders, a healer woman, asked us to bless ourselves with scented water to clean our minds, eyes, mouths and hearts to welcome the dead.

One Day of the Dead tradition is to create a path with marigold flowers to lead the dead to the altar where food and things they had liked are waiting for them. In keeping with this practice, one participant tossed out rose petals during our walk. The woman healer offered the explanation that since deceased people cannot touch this earth, as they belong to another world, the path with flowers would allow them to join us for the walk. These flowers, then, were like a bridge that would allow our ancestors to walk with us and join us for a time of healing and celebration. This experience was very powerful for me; not only was I able to celebrate a treasured tradition of my culture, but I also was called to think about and pray for all those who had died while crossing the Mexico-U.S. border or while in ICE custody.

This event also prompted recollections of my internship and volunteer work with Communities United in West Valley City, Utah, where I documented deportation cases and supported immigrant advocacy initiatives. Zero tolerance immigration policies have greatly impacted many people. Some have lost everything—their families, properties, belongings, dignity, and even their lives, and this event acknowledged these people in their suffering.

After our two-mile walk, a beautiful altar awaited us at our destination. We concluded the event with a benediction where we recited the names of some of those we were honoring. After that, we had a very festive celebration with tamales, rice and pan de muerto (special bread baked for Day of the Dead). We also enjoyed some poetry, music and dance performances. Throughout the evening I rejoiced in celebrating my own culture and connected in great compassion with the sufferings of fellow immigrants. 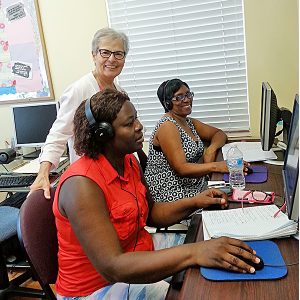 Sixteen years in the United States, and the woman sitting with Sister Joan Carusillo, CSC,... 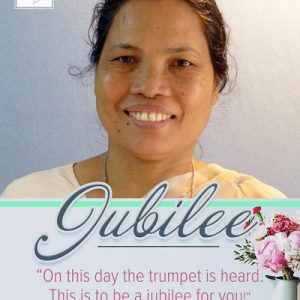 25 years of consecrated life Sister Semita Nokrek, CSC, who currently serves as councilor for the... 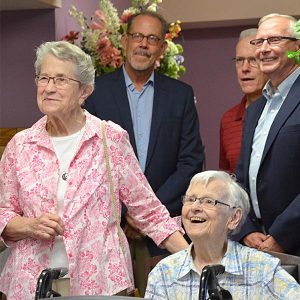 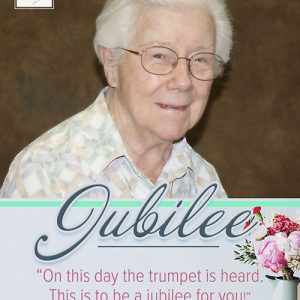 75 years of consecrated life Sister Rita McQueeney, CSC, who currently serves in the ministry of... 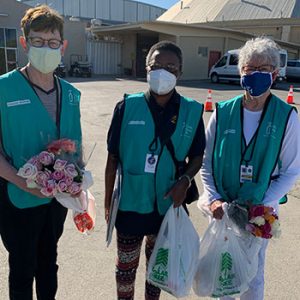 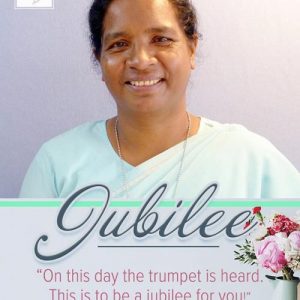 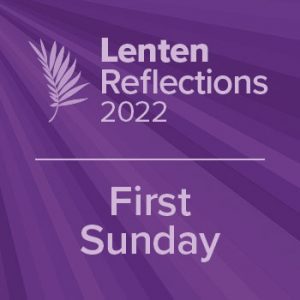