The Sisters of the Holy Cross are committed to being a prophetic voice for peace, justice and healing in the world, while standing compassionately with God’s suffering people.

One way we live out our commitment to justice is by taking corporate stands. Individual witness and action are very important, but there is a different energy, strength and emphasis to publicly witnessing to an issue of justice as a Congregation. These statements enable us to speak more strongly and act more intentionally on social justice issues around the world.

You are invited to learn more about these issues and take action to affect positive change for the oppressed and voiceless in society today. 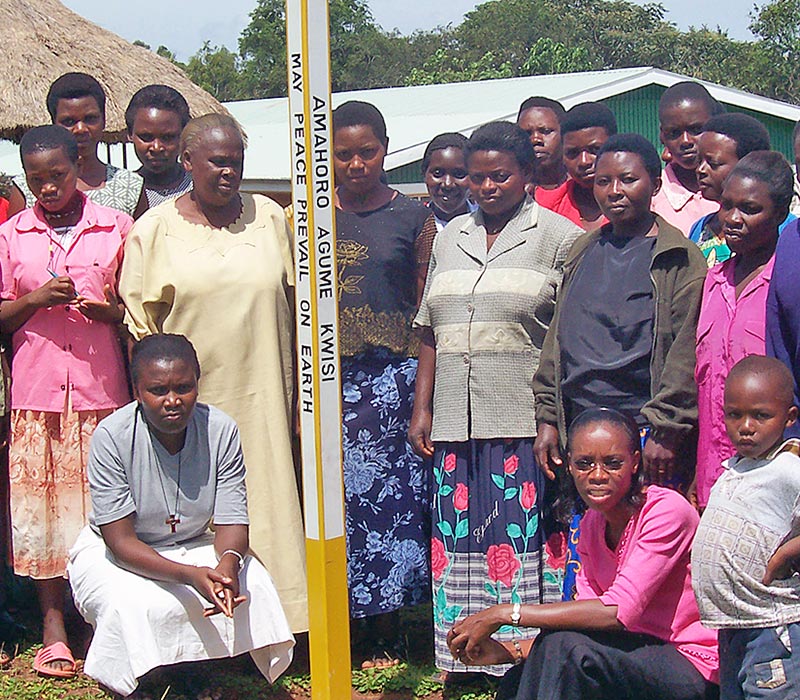 ​Sisters of the Holy Cross statements

​The Sisters of the Holy Cross Leadership Team has committed to the following public statements:

Because we know that

We endorse the following Corporate Stand.

We, the Sisters of the Holy Cross,

​We support policies, initiatives and programs that:

We acknowledge that to end the horrific crime of human trafficking, we must all work together—governments, international and national non-governmental organizations, communities and individuals. As Sisters of the Holy Cross, we must join with others to:

1. “Human Trafficking: Freeing Women, Children, and Men.” Anglican Women’s Empowerment, 2011.
2. United States Conference of Catholic Bishops, “On Human Trafficking,” 2007.
3. The Universal Declaration of Human Rights, Article 4, 1948. [Although not quoted here, there are several other United Nations Conventions, legally binding international agreements that support an anti-trafficking stance. These include the Convention on the Elimination of All Forms of Discrimination Against Women (CEDAW-1981), the Convention on the Rights of the Child (CRC-1990), and the International Convention on the Protection of the Rights of All Migrant

Therefore, we reject violence in its multiple forms.

We support actions and policies that

We oppose actions and policies that legitimate

We acknowledge that the nonviolent way of Jesus challenges us to

Water as a Human Right and Public Trust, 2004

Because we know that

Access to clean water in sufficient amounts is absolutely essential for human life and health. Freshwater is a limited resource: only 2.5 percent of Earth’s total water supply is freshwater and less than 1 percent of that is usable in a renewable fashion.
The world’s finite supply of accessible freshwater is so polluted, diverted and depleted that millions of people and other species are deprived of water for life. Lack of access to adequate freshwater increases the likelihood of violent conflict between nations. Commodification of freshwater and privatization of water services typically decrease accessibility of clean affordable water for poor persons and countries. Water is explicitly recognized as a human right in the General Comment on the Right to Water adopted by the International Covenant on Economic, Social and Cultural Rights (CESCR) in November 2002. John Paul II and the Pontifical Council for Justice and Peace assert that access to safe water is an inalienable human right.

Because we believe that:

We endorse the following Corporate Stand.

● a shared legacy;
● a common good;
● a public trust; and
● a collective responsibility.

Therefore, we support actions and policies that

We oppose actions and policies that

Oppression of Women in Social and Religious Structures, 1998

We, the Sisters of the Holy Cross, support and will initiate efforts to

● society,
● the church,
●  our ministries,
●  our sponsored institutions, and
●  our life together.

Therefore, we support and, when possible, will initiate efforts that

The Sisters of the Holy Cross corporately oppose U.S. intervention in Central America.

Called To Be Peacemakers, 1984

We, the Sisters of the Holy Cross, support political actions and steps that